Spent some time yesterday evening sorting through my huge backlog of photos and uploading to Wikimedia Commons. Quite liked this one, which I’d forgotten about, from my wandering around the Isle of Dogs.

One of the best things about working remotely is that I can get work done anywhere there’s a seat and wi-fi. In fact even the latter isn’t vital thanks to mobile tethering. It’s a great excuse to explore London a bit, and usually I’ll find a nice coffee shop, or a library.

Now forgive me for sounding old and grumpy here, but libraries are so often full of children and teenagers making an absolute racket. My local Leyton Library being a particularly bad offender, they seem to have stocked it with noisy children’s toys! It’s not all libraries by any means, but too many of them. At least I’m getting my money’s worth from my recently purchased noise cancelling headphones.

Anyway, the other day I did sit down to do some work in a rather pretty spot at St. Pancras station’s AMT Coffee (a chain that I do still retain a certain affection for):

Not a bad view, huh? The thing is, despite the fact that it’s a major railway station, it was surprisingly quiet. Not in terms of the number of people of course (see my earlier post) but the noise level. The only exception was when a Eurostar arrived, which they seem to have made as noisy and ostentatious as possible as if the train was announcing “HEY I CAME FROM FRANCE ARE YOU IMPRESSED?!”. But the rest of the time, surprisingly quiet.

I wandered into Cannon Street station during rush hour once and it was an almost creepy experience: huge throngs of people were standing around gazing at the screens for their platform, all in complete silence. Yes it’s a well-worn cliché that commuters never talk to each other on the tube, but to a large extent it’s true, and it seems to extend to the stations.

Admittedly the stations with more tourists and leisure travellers, rather than just City commuters, tend to be a bit more lively. Still, I find it interesting that the code of silence seems so much stronger in London’s stations than in its libraries. 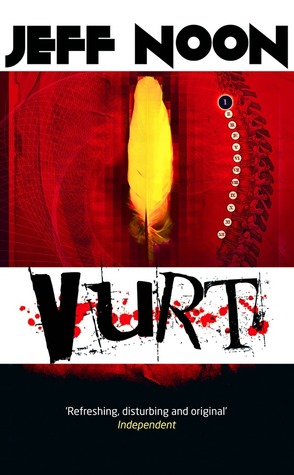 Everyone knows about the “trial by ordeal” prevalent in the middle ages. Women being dunked in water, to see if they float and are therefore obviously a witch. People having to walk over hot ploughshares. Other such fun stuff.

But did you know there was another form of trial by ordeal, typically reserved for the clergy. Corsned.

If a member of the clergy was accused of a crime, what horrible torture or feat of endurance did they have to undergo?

Eating a piece of bread and cheese.

Here’s a hypnotic timelapse of London Bridge station during the morning peak (although it probably looks quite different at the moment due to the ongoing works).

To put it in perspective, this isn’t even London or the UK’s busiest station. Waterloo, Victoria and Liverpool Street all handle more passengers.

Living up North, I used to think of Manchester Piccadilly as a huge and busy station. It comes 15th on that list, and all but three of the stations above it are yet more London stations. Even what I now think of as my ‘local’ station, Stratford, is significantly busier than Piccadilly. And that’s just counting National Rail services, not including the Underground and DLR.

This city really does rely on public transport to a staggering extent.

Whilst looking up what else the cast members of the excellent Parks and Recreation have appeared in, I was very surprised to see Aubrey Plaza starred in a film with an awfully familiar sounding title: Safety Not Guaranteed.  Then I recalled where I knew it from: YTMND (remember that site? surprisingly it’s still going in the age of YouTube and Vine!) A single page from way back in 2005, that eventually became one of the site’s defining memes.

And yes, it turns out the film is based on it, or at least the original spoof newspaper advert which appeared in the YTMND.

Given this fond memory, and the fact it had Aubrey Plaza in it, I just had to watch it. And it turns out to be a rather charming little film, with great characters and witty dialogue.  Highly recommended.

A few months old, but I just stumbled on this again and had to share it. Utterly perfect sketch.